PRESS RELEASE!
ON SALE NOW!
The Secrets of the Immortal Nicholas Flamel: The Lost Stories Collection 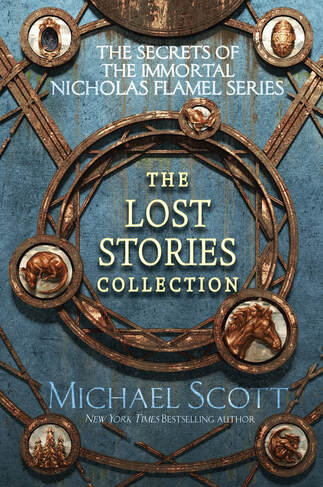 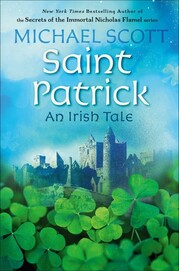 Many have spoken of his legendary adventures, but few know the true tale of Saint Patrick…
Taken prisoner by pirates, Patrick sails to Ireland as a young boy and must fight to find his way back home, led by faith and the will to survive. Years later, he returns to the land that once held him captive–and this time, he’ll build a legacy that will last centuries.
The Lost Stories of the Secrets of Immortal Nicholas Flamel series  - novellas 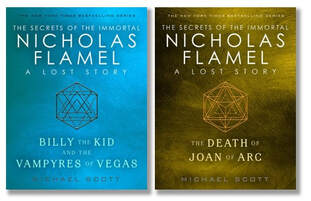 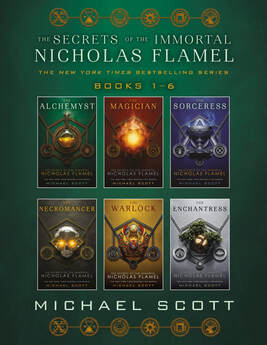 Whom The Gods Love, a ground-breaking dark fantasy set in the hitherto unexplored world of ancient Etruria before the rise of the Roman Empire and The Merchant Prince, an historical fantasy set in the Elizabethan era, give an example of the breadth of his writing. The Irish Times called him, “The King of Fantasy in these Isles" and he is featured in Who's Who in Ireland as one of 1000 "most significant Irish."

Michael Scott is an accomplished scriptwriter and headed up the drama department in Tyrone Productions, the creators of Riverdance. He has written for the stage and screen and also created and scripted documentaries and drama for television. He has also scripted high profile events such as the Special Olympics which were held in Ireland in 2002 and the Irish Film and Television Awards.